“You’re finished with your immigration documents…
for last year”

We had gone to the immigration office and were there a little over 7 hours.  At the end of the process, they handed me back my papers and said that everything was taken care of and finished for last year during the pandemic.  Our next step would be to go home and start the long process over again for this year.  We were a little discouraged at the moment over the seemingly never ending process, until another missionary encouraged us by letting us know that this was actually good news and that the next leg of the process would not be so bad since we are just completing three years and should be able to get our permanent visas this time.  We have already uploaded our information to the website again and it appears that the process should be quicker going forward.  We were able to pay part of the immigration fees online already and the rest we will be able to pay the first part at the bank and the other part at the post office.

On the third of the month we had an outreach at Marcelo’s house and in the plaza close to his house.  One of the older ladies in the Barrio that everyone calls “mama” and her son made a big pot of “Locro”.  Locro is a traditional stew here in Cordoba that is popular as it begins to get colder and during special occasions.  We had several people from the neighborhood come by and bring their kids.  The Lord gave opportunities to speak with several people.  The following Saturday we met together again to eat the leftovers from the previous week and talk about the Lord again.  We have had a good number of kids and adults come back each week so far.  My kids are taking a great part in preparing devotionals, songs and activities to share during the time on the Saturday outreach.

A Spike in Listeners to the Podcast 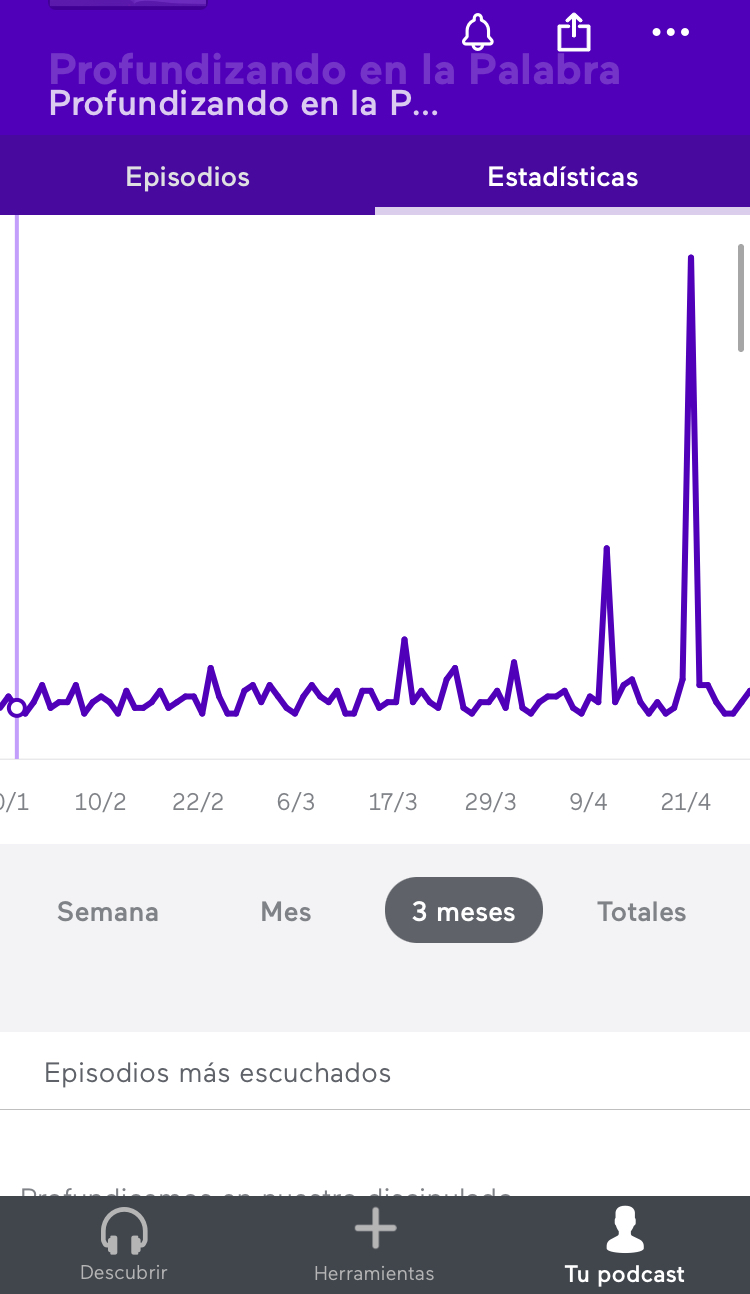 On the 21st of the month we had a large spike in listeners to the podcast.  During the month we have given out flyers to several people and are not sure where the new traffic is from, but are excited when people are listening.  Many times analytics can be more discouraging than encouraging in the moment when you are sharing all of your heart in a message and it appears that only a few heard it.  We have to remember that we are responsible for sewing the seeds and watering them and God is responsible for the increase.  It has been a great blessing having these flyers ready to give to somebody that we meet.  I keep several in my Bible case when I am out and about.  The Lord has given us several opportunities to share with people!

Do you have a Bible at home?

This was the question that I asked the butcher two weeks ago.  The Lord opened up a moment to share again with one of the butchers that I had mentioned to you all before.  He told me that he had been going through some of the things on the flyer that we gave him previously.  When I asked him if he owned a Bible, he said that he did not.  I told him, “we will take care of that today!”  Within 5 minutes he had a Bible in his hands!  I could tell that he was genuinely touched by this. We can see the Lord working. This was a moment where God had changed our original plans for that evening and opened the door for me to talk with this butcher whom I have had other like conversations with in the past. Sometimes we don’t understand why our plans change but we try to stay vigilant for the open doors God provides along the way. Sometimes God gives us the exact right words to say at the very moment it needs to be heard. Please continue to pray for the people with whom we are speaking and pray that the Lord gives us both wisdom and timing in our words!

April was a bit of an interesting month. The previous months we resumed meeting each Wednesday for the home Bible Study in a nearby neighborhood. I also resumed teaching the children’s Bible lesson before the preaching each Wednesday. Then Marcelo expressed a desire to do a youth outreach on Saturdays. So we agreed to help. The Saturday before Easter I was asked to reteach the Passover lesson I presented that Wednesday. It takes a lot of work for me to prepare my lessons in Spanish and the illustrations for them. My lessons probably seem very simple to those that hear me but making myself clear in another language isn’t easy. I agreed to reteach the one lesson but did not realize they wanted me to bring a lesson the following Saturdays as well.

The kids love seeing what I surprise them with each week but I was not prepared to come up with two such lessons a week. After a little confusion we figured out what they were wanting and organized a working plan where I still only have one lesson to prepare for Wednesday evenings. It really blessed us to have our teenagers Hannah and Jonathan come to us and volunteer to help us out with the Saturday Bible School. Now each Saturday I start by giving a review of the previous Wednesday night’s lesson and review the memory verse with the children. Then Hannah or Jonathan bring a short devotional on a similar topic. Then Scott leads a game and brings a short lesson. Afterwards we share a snack with the kids. We try to keep the lessons, games, and devotionals inside of an hour followed by an hour of fellowship where the kids can play with their friends.

Also in April we were approached with the opportunity to reach out to other homeschool families in Argentina. With many school shutdowns last year there has been a surge in Argentine families beginning to homeschool. Another missionary wife ,knowing we’ve homeschooled a long time, reached out to me asking if our family would like to participate and help in a Homeschool Cooperative that she and a few other mothers were heading up. She assured me it would not be a ministry of any particular denomination or church but just a group of homeschooling families sharing knowledge, resources, and encouragement with other homeschooling families here in Argentina.

While it’s not considered a ministry of a particular church, it is in a sense a personal ministry for each of us involved. For our family it’s an opportunity to meet more families and see what doors God opens from it. We started the end of April with 9 or 10 families represented from all over the Cordoba Province not just from the city where we are meeting. Most of the children attending are Elementary and Junior High ages. We hope we will see these families again in May and that maybe God will use these contacts to open doors in other towns around our city and other areas here in Argentina.